As many of you will know, today officially marks the end of the Pheasant and Partridge shooting season, (how did we get to February already?!) and I couldn’t let the occasion pass me by without acknowledging it in some way. So I thought, what better way to celebrate the close of this glorious time of year than to reflect on my personal season highlights.

Although I have grown up around game shooting, with our farm being part of the local shoot, this year was the start of my own game shooting career. After careful consideration, I accepted an invite from my Brother at the start of the season. I have already expressed my feelings for game shooting in my Shot to Pot post and I have to say, as the season has progressed, my initial thoughts remain largely unchanged.

Game shooting is a huge part of rural life and whilst I have received some negative comments for my choice to partake in such a sport, the overall response has been overwhelmingly positive. I am usually one for a balanced argument but when it comes to these negative comments – where I would usually get upset or at least give the point some consideration, I have totally ignored them – the comments were completely misinformed and as such, resorted to playground tactics of name-calling. Unable to put a valid case forward for being against game shooting, I have been totally undeterred.

For me, life in the countryside is very simple in some ways and incredibly complicated in others and unless you are part of such a lifestyle it’s really hard to understand those ways of life. Growing up on a farm teaches you an awful lot about the preciousness of life – and more importantly, death – and it gives you a proper perspective on the world. Life is hard, you get what you put in and you learn the connections between the land and what ends up in your supermarkets and on your dinner tables. So I find myself on my soap box again, banging on about my values and opinions – but they are so important. If I can get just one person to at least consider changing their view on shooting, hunting or farming, then it was worthwhile. 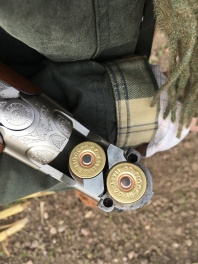 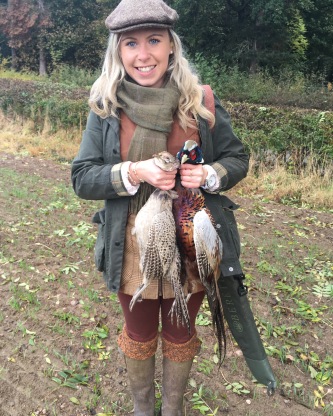 Game shooting not only offers a source of semi-wild, local, fresh and tasty produce (reason enough from my perspective – let’s get away from the unidentified meat packages in the bargain aisle of the supermarket and start valuing what’s on our plates), it offers the people who partake in the sport the opportunity for a day with nature and a vital social connection. More importantly though, it provides a safe, controlled environment for so many species of wildlife to survive and thrive which they may not have done if it hadn’t been for the careful management and conversation of the gamekeepers, shoot members, beaters and pickers up  – all things that people don’t stop to appreciate. It also provides job opportunities, which are scarce in the countryside I know I said that I was going to talk about my shooting highlights, but this is actually one of the biggest ones of my season – seeing our woodlands and farmland thrive thanks to the careful management of the shoot members, having the privilege of seeing so much wildlife whilst out on shoot days (and also when out riding or walking, since these effects are not present just on shoot days) and experiencing the camaraderie that being a part of a shooting community offers. I’ve said it before and I’ll say it again – the actual shooting is such a small part of the overall day. 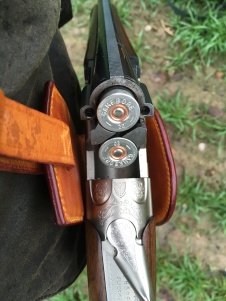 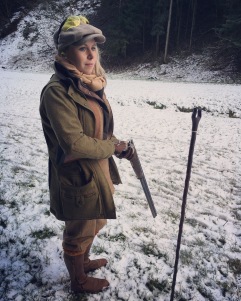 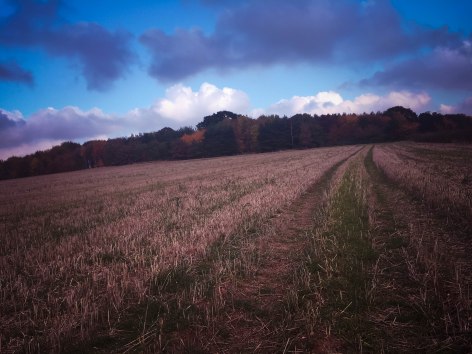 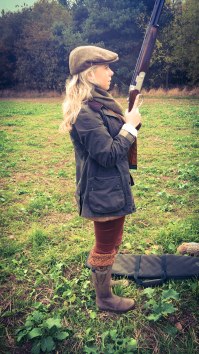 But back to the shooting…

I’ve been so lucky to be able to experience two extremes of game shooting this year – both of which have been highlights for me. My game season started on my family farm, alongside my brother. That’s my actually my highlight here but I will go on…not many people have the honour of saying that they can walk through their woodland on a crisp, cold and sunny late autumn day (my favourite time of the year), with their family enjoying the great outdoors and having just sourced a meal reared on your land. But I’ll come back to meals later. To be welcomed into, and supported by, a group of very traditional farming gentlemen as the only girl shooting was also another personal highlight – for so many of them to give positive comments and even be impressed by my ability to shoot was definitely another. What I also love about this shoot is that there is no separation between the guns, the beaters or the pickers up – everyone is equal, in fact the guns also beat on some drives because we are such a small farm shoot which really strengthens the group bond and the appreciation for each aspect required to run a successful shoot. I also love the evening meals at the local pub that accompany every shoot day, a chance to relive the highs and lows of the day – everyone reflects on the day with some fondness, even if it hasn’t been particularly successful, and enjoy good food with great company. 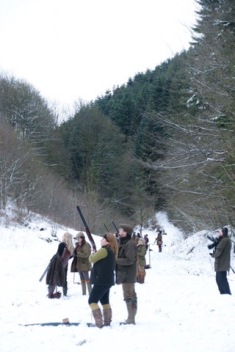 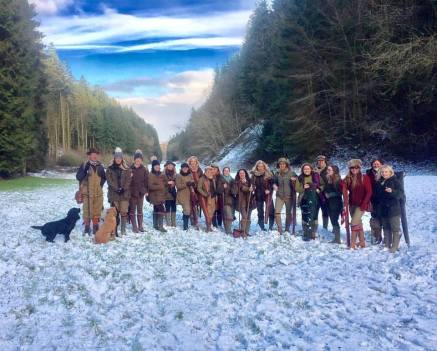 My other standout season highlight has to be my Ladies Game Day at the stunning Rievaulx Estate in North Yorkshire. This could not have been more different to our small farm shoot (although when you are achieving up to 150 birds on some days I guess I’m not doing our shoot justice by saying that). The setting was just something else, I can now understand why North Yorkshire is the home of game shooting, the hospitality was second to none (champagne elevensies and some very swish transport is slightly more appeasing than homemade packed lunch and cattle trailer transport – although that is also admittedly enjoyable) and the birds – well lets just say just they could only be described as specs in the sky. Most importantly though, to be able to share the experience with a fantastic group of like-minded women made the day even more special and will be something I will cherish forever. 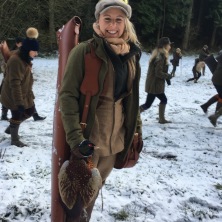 The season has provided so many highs that it’s hard to note them all here – even on my birthday-present-from-my-brother-shoot that was so foggy we basically shot nothing because we couldn’t even see the end of our barrels, there were still so many highs. I have thoroughly enjoyed being able to source my own meals, produce something seasonal, tasty and locally sourced and making the full connection from field (or woodland) to fork has been so important. I have also made some fantastic memories, it’s not all about the shooting and it’s certainly not about hitting every bird – it wouldn’t be a sport in my eyes if that was the case. Whilst I have shot many birds this season, I don’t want to dwell on that aspect, I have explained my feelings but I do appreciate that others will not share those feelings. That said, I am talking about game shooting and so I can’t not mention it – my season highlight – I will never ever forget the first two birds I shot, with my first two cartridges just yards away from home and I will never ever forget the stunning partridge I shot (I still have no idea how) at Rievaulx the memories and achievements of which will stay with me forever.

For now, the pheasants that are left earn the highest respect and I’m sure will continue to terrorise myself and Ali who will jump at any excuse!