Admittedly, this post is long overdue. The July Festival at Newmarket happened a couple of weeks ago (in July, naturally) but it’s something that I have to tell you about! 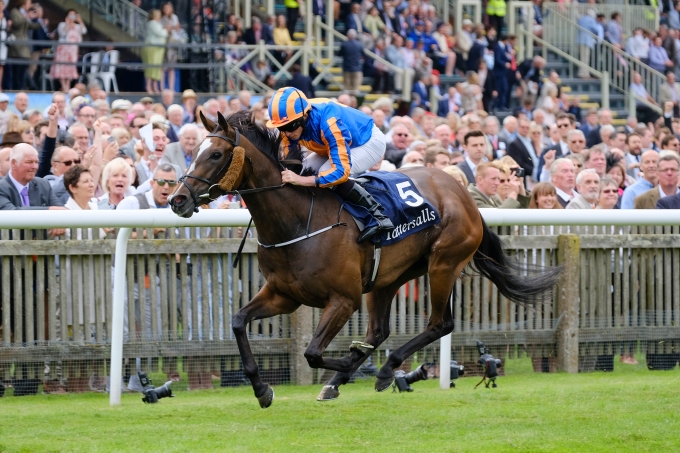 Newmarket is widely regarded as the Home of Racing, thanks to King Charles II some three and a half centuries ago who spearheaded the introduction of flat racing. The racecourse still honours the ‘Town Plate’ race, which has run every year for the last 350 over the ‘Round Course’ – the only time it is ever used! And with the National Stud and it’s 500 acres circling the outskirts of the town, offering an insight into Thoroughbred breeding, there’s no denying that racing really is the beating heart of this pretty Suffolk town. So it’s safe to say there’s plenty to draw racing folk and equestrian lovers alike to this historical place. What about those who enjoy a good night out? Well, Newmarket has you covered there too, with many concerts and DJ sets running at the racecourse throughout the racing calendar – there’s something for everyone. So why is it that I’ve always favoured a day out at Cheltenham than Newmarket? You know me – I can’t resist a spot of shopping – particularly if I’ve had a lucky win on a race…although if I’m totally honest, I tend to pick the horses that no one else wants to bet on just so someone does, which doesn’t often end well for my purse! Shopping is something that has been lacking at Newmarket for some time, but with Fairfax & Favor named as one of the racecourse’s 2017 Sponsors, that, of course, had to change.

Racing to the Shops…

Leading the pack for this year’s July Festival Shopping Village was of course Fairfax & Favor, showcasing some brand new (and totally gorgeous) products for Him and Her. Every time I visit the stand, I see something that I just can’t resist – which is difficult as I embarrassingly have at least one of every style available from the women’s range (I know, I know, I’ve said it before – slightly obsessed and shopaholic are appropriate descriptions of me!). So I’ve taken to kitting James, my long-suffering partner, out in the newest offerings from the Men’s range (not that I hear him complaining!), which included the brand new Desert Boots – perfect for a day at the races. As usual, there was a huge buzz around the stand which was heaving with lucky (and not-so lucky) racegoers! The team also generously gave away some stunning prizes on each day of the Festival for the best dressed Lady, Gentleman and Couple – so for this reason alone Newmarket is most definitely worth a day out! But Fairfax & Favor were not the only stand worth visiting.. 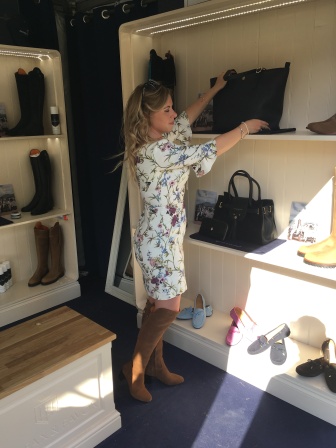 Visiting the Fairfax & Favor stand..and later earning my keep as a Brand Ambassador!

You may have seen (and if you didn’t how on earth did you miss it?!) a few weeks ago that team were shooting the most amazing campaign, featuring some of the newest and in my opinion best products yet. The Amira’s have to be my most coveted pair of boots from Fairfax & Favor and have been on my radar for about 18 months now, so I couldn’t wait to get my hands on a pair, particularly after seeing how beautifully modelled they were by the gorgeous Harriet (and no I’m not talking about myself!). I have to say – they have not disappointed, true to Fairfax & Favor style they are elegant and superbly designed and made – a real showstopper and definitely an investment, something to put on your Christmas list already! The campaign backdrop was equally stunning, being shot at the racecourse alongside some of my favourite brands, who complement Fairfax & Favor so effortlessly. These included the very best equestrian and country jewellery company, of course I’m referring to Hiho Silver, and the brilliant Oxford Shirt Company, a family business who are responsible for supplying the finest shirts fit for town or country. Some of the images from the campaign were rightly displayed over the Newmarket screens during the Festival, the absolute definition of outfit inspo! So it was wonderful to see both companies also in attendance at the shopping village, allowing racegoers to indulge in one of the campaign outfits as well as showcasing some of their most-loved pieces alongside some sneak previews of products launching later this summer – the Foxy roller bangle from Hiho is exquisite.

Don’t worry if shopping’s not your thing (although how can it not be!?), there’s so many other aspects of the Festival to enjoy. Of course, there’s the most spectacular display of the world’s best equine stars battling it out over the beautifully maintained course – the main reason we’re all in attendance, but there was also the most delicious dining experience on offer. With so many exclusive restaurants and pop ups on offer it’s hard to decide which to go for, but we were treated to a mouth-watering feast in the Summer House. Situated in the heart of the premier enclosure, the restaurant offered an elegant retreat without compromising any of the racing action. It’s definitely something I would recommend and certainly cemented my Newmarket experience. 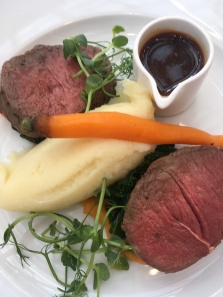 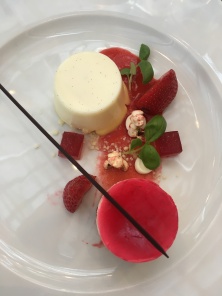 The celebrations don’t stop there… depending on how well (or not so well) the races have treated you, there’s the option to celebrate/drown any sorrows in one of the many bars – with Moet & Chandon headlining the drinks sponsors, it would be rude not to have a glass or two! And the party doesn’t stop after the last race, with DJ sets and live music keeping the atmosphere alive all evening.

The atmosphere at Newmarket is electric, I’ve never experienced anything quite like it. It has to be the most beautiful racecourse I’ve had the pleasure of visiting, which is saying something as I’ve been lucky enough to visit a fair few! It’s safe to say the atmosphere was due to the flat racing giants, celebrated Thoroughbreds of the finest examples that were battling it out on the July course, but I think it’s also fair to say the shopping village contributed such an atmosphere. I have no doubt that in the coming years the village will grow and thrive as will the atmosphere and the attendance of new racegoers.